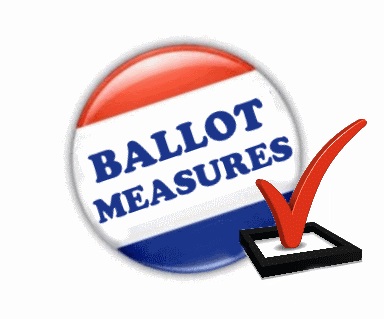 These are only my opinions and I am not in any way advocating or telling anyone how to vote. I’m only posting this because I have had numerous people ask me to post my thoughts on this year’s ballot questions. They are worth exactly what you paid for them, which is…nothing! I hope the information helps and God Bless!!

Constitutional Amendment 1 – I like this one and am voting YES– This keeps the soil and water tax going for another 10 years. It funds the state parks and soil erosion efforts. I like this tax because it comes up for approval every 10 years. Missouri has some of the nicest state parks in America and this tax makes that possible. The erosion control and soil conservation efforts are also worthwhile endeavors that help our rural communities.  Having it come up for a vote every 10 years has ensured they manage this money wisely.

Constitutional Amendment 2 – I’m torn on this one but will probably vote NO – This would limit campaign contributions which I feel has merit because we have seen how much control the big donors obtain with the large donations (I experienced this myself as Speaker), but money will always find its way into politics and when there are limits candidates end up setting up PAC’s and committees and it’s even harder to tell who is donating to who and where the money is coming from. At least with full disclosure we know who is donating to these candidates and how much they are giving.

Constitutional Amendment 3 – I’m a big NO on this one– First, I am not a fan of sin taxes. It makes MO dependent on revenue from something we “say” we don’t like, but we become addicted to the revenue. Secondly, the big tobacco companies are just trying to tax their competition out of business on this one. Thirdly, it promises to spend money on early childhood development. You can never trust that money will be spent where they say and who knows what they may be mandating in this wordy monstrosity. One thing that concerns a lot of people is how this proposal adds “limited’ abortion rights (including tax funding) into the Constitution for the first time ever. That could upend all the pro-life statues we have on the books now.

Constitutional Amendment 4 – I’m also torn on this one, but will probably vote NO – I like the fair tax and would love to get rid of the income tax, but it would cause sales taxes to go up. And taxing services would be new and hard on lots of people. I think we may want to explore a fair tax for MO sometime in the future. If we pass this we are taking that option off the table. I’m not saying I would blindly pass a fair tax, but if the Fed’s passed one and we crafted a good one for MO; I would be open to it. So I’m probably going to vote no and keep that option open.

Constitutional Amendment 6 – I’m a YES on this one– This is a no brainer for me. Requiring a photo ID to make sure you are who you say you are is not that radical. It’s 2016 and getting a photo ID is not that hard and they require it for everything else we do to function in society. The folks who are against this are probably up to some shady voting activity.

Proposition A – I’m a NO on this one too. As I said above on amendment #3, I’m not a big fan of sin taxes. I do believe we need to invest more in our roads, but I don’t feel a cigarette tax is a very good solution.

There you have it. The humble opinions of an old “has been” politician.  If you happen to not agree… don’t sweat it; we can still be great friends. I’m not interested in debating the fine points and everyone is entitled to their own opinions. These are mine and I’ll appreciate and respect yours!