HOW COMPASSIONATE ARE YOU?

Posted on August 30, 2016 by rodjetton in Bible Study, Christian Living
Home» Bible Study » HOW COMPASSIONATE ARE YOU?

As many of you know, we started the I Believe bible study series at Sweet Prospect Baptist Church and it covers the basic beliefs that all Christians should follow. Last week the lesson was on compassion and I wanted to write about the lesson and share an inspiring story a friend of mine experienced on the subject just last week.

The verse for this week was: “Defend the poor and fatherless: do justice to the afflicted and needy. Deliver the poor and needy: rid them out of the hand of the wicked.”- Palms 82:3-4.  The lesson first went over God’s compassion on the Jews throughout their history.  Using Nehemiah 9:1-38 it showed how they rebelled and sinned against God, but each time they repented and cried out for help, He forgave them of their sins over and over again.

Then we looked at Deuteronomy 24:17-22 & 25:5-10 where Moses gave the law about leaving some of the grain, olives and grapes for the poor to harvest, as well as not taking the items poor people put up as collateral for a loan and paying workers what was due them each day. All of these were the way those who had money helped the poor and needy. It also looked at James 1:19-2:13 where he taught against treating the rich different from the poor and how the church was giving the best seats to the rich.

There were also a few questions to get us thinking about how to apply these lessons to our everyday lives and we had some good discussion on these points, but this question made us think the most: What hinders you from showing compassion to those in need? We listed the following:

These are the ones we identified that cause us to not help those in need as often as we should.  The lesson pointed out that we should trust God to provide for us. It also pointed out that changing our priorities and how we use our time is important. Most of us agreed that we watch too much TV (NFL Network for me). The other big point that really hit home was not spending all our money and being in debt.  Our debts and spending on our comforts can really limit our ability to help those who are hurting. We think we are poor, but 1/3 of the world’s population lives on less than $2 a day.  That’s only $730 a year, which makes even a low $20,000 a year job in America look like a millionaire to most of the world!

My friend Scott called me Friday with a wonderful testimony of God working in his life, and when I shared it with my class they were inspired.  Scott went to the Ferguson Christian Church for a special prayer service and fellowship supper on the two year anniversary of the riots. When he walked in, he noticed a man sitting by himself who looked very sad.  The guy was kind of dirty, disheveled and looked needy. Despite his appearance, Scott decided to go sit by him and start a conversation.

Scott said the man seemed a bit confused as he told him things were really bad for him.  He had come to the service for the free meal because he was out of money.  The day before he had been informed by the court that he would have to start paying 1.5 years of back child support for his grown children.  He has a very low paying job and the child support would take most of the money from his check leaving him no money for bus fare to get to work. He was afraid he might have to quit and this left him distraught.

As Scott was praying for the community, he also prayed for this man’s problems and felt the Lord lay on his heart to help him.  He had a feeling that $300 is what he should give him. Now Scott is a kind-hearted person, but he is very tight with money and he doesn’t just give it away willy-nilly.  He went to Pastor Kingston Arthur and told him about the man and asked the preacher to check out his story and see if it was true. Scott said he felt led to help the man and asked the preacher to let him know once he checked things out, but never told the preacher an amount.

The preacher called this week and gave Scott a rundown of all the man’s bills.

That came to $296.46. When Scott informed him that the Lord had laid $300 on his heart, they both knew the Lord was at work. The preacher said, “God is good! I definitely think the number $300 was divinely laid on your heart. Are you okay if I share this with others? I find it to be a powerful testimony.”

Scott told him that would be fine and he was sending the $300 right away.

There are several things worth noting in this testimony:

I thought his story perfectly reinforced Palms 82:3-4 and the points in our lesson.  Scott took the time away from his busy work schedule to attend a church event. Then he went out of his comfort zone to talk with a stranger he could tell was hurting. He prayed about a need for someone else and even though he is on a tight budget he did what the Lord led him to do.

This was a lesson I really needed. Too often I don’t take the time to talk with those less fortunate than myself. I’m willing to pray for others, but when it comes to giving $300 out of my monthly budget that is hard.  $30 or even $50 I could easily swing, but $300 would be rough. How many of us would trust God enough to give away $300 to a stranger who was behind on child support? 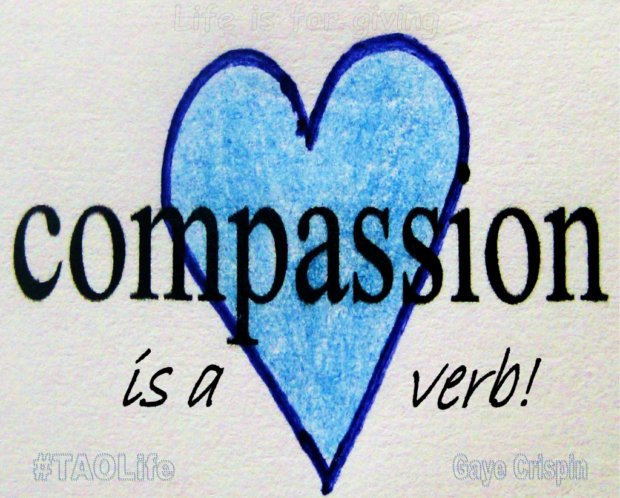 Our lesson defined compassion as “suffering with” someone, and I think that is exactly what Scott did. The lesson also made four statements about what we believe.

I checked that I believed all of those. The lesson pointed out that saying you believe it, but not doing it, shows you really don’t believe it.  The true test is if you follow through with actions. So can you say your actions show you believe all four of those?  We decided the last one was the hardest.

***Bonus story about not letting mistrust keep you from helping others***

I learned a very important lesson from Dad when we lived in Charleston. A man stopped by the church and told Dad that his wife had cancer and that he had no money and needed help to pay her hospital bills. Dad couldn’t give him the church’s money without talking to the deacons but since this man was just passing through and couldn’t stay, Dad prayed with him and gave him some of his personal money.

A few days later, after talking with other community leaders, we found out that this man had stopped at all of the churches with the same story. Sadly, it was all a lie. He didn’t have a sick wife and was only scamming folks out of money. Dad was not the only one to give him money, but I will always remember everyone making fun of Dad for giving the guy money and not getting his contact information or even his license plate number in exchange.

Dad never cared about money, but he admitted he should have checked into the man more. I will never forget what Dad said: “We are not responsible for what people do with the money we give them. That’s between them and God. We are supposed to be generous and help others, and God will take care of the rest.” I have tried to remember that lesson when I see people who need help. Many times I think they are just lazy, or drunk, or scamming people, and I don’t want to help them. But then I think of Dad and how he helped that guy.  Who knows what his real problem was, and who knows if Dad’s kindness had an effect on him or brought him to the Lord.

Many times, we don’t help people because we judge that they don’t need the help. We should be wise in our giving, but we should also understand that while we may occasionally give help to undeserving people, we want to make sure we don’t withhold help from those who truly do need it. I hope I can be as generous and giving as Dad was. I know I try. 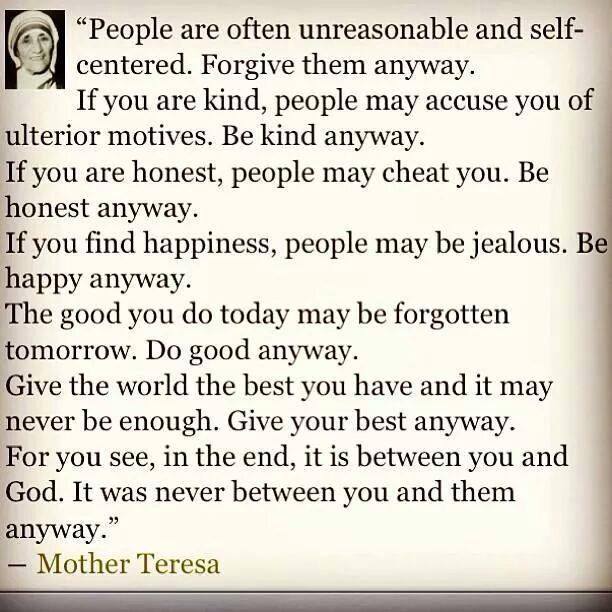